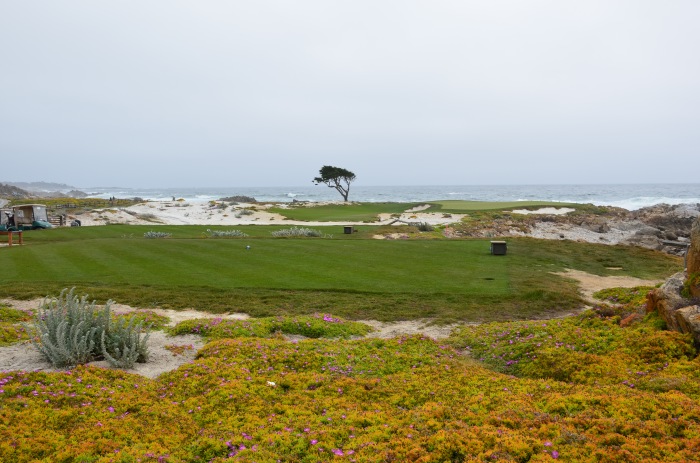 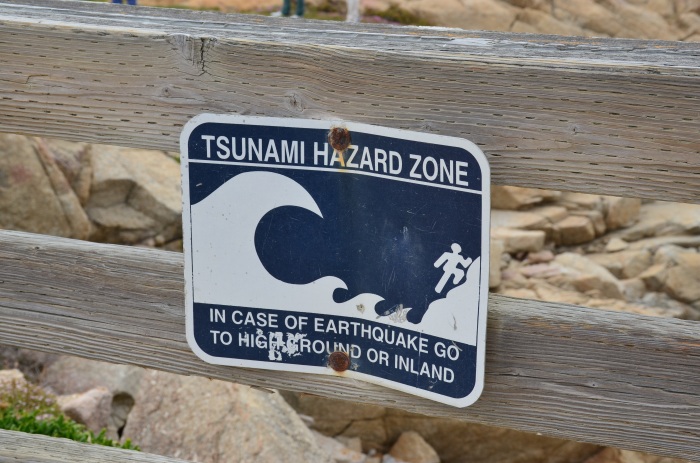 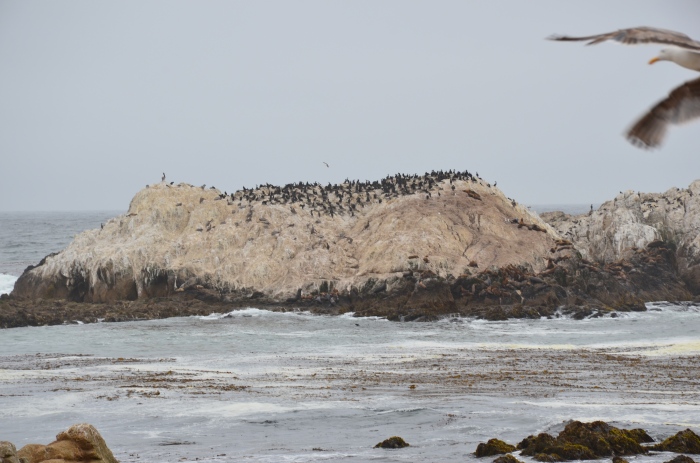 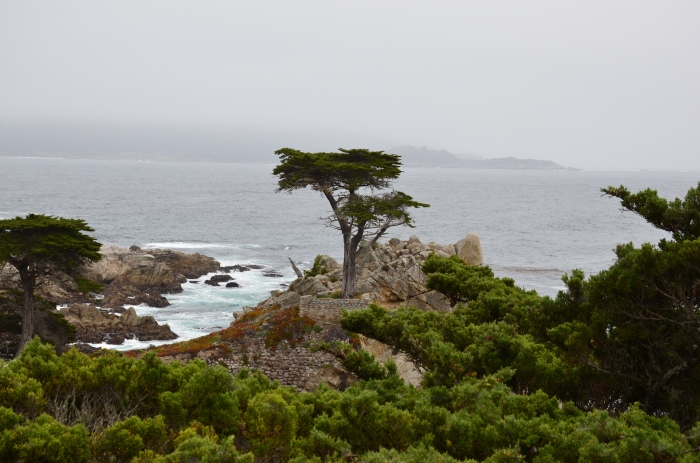 Pebble Beach is known for its many golf courses and is the site of many PGA tournaments. We drove along part of the 17-Mile Drive which began as a carriage road in the early 1880’s. Along the way we saw golfers and golf courses juxtaposed along rocky shores (no sand traps here!) and tsunami hazard signs. One of the more interesting sights was The Lone Cypress, a 250-year-old Monterey Cypress, which (in the words of the tourist information brochure) has survived against all odds to become one of the planet’s most photographed trees.

There were lots of mansions along the drive that obscured some of the scenery. In addition, unfortunately for us, a couple of tour buses were traveling the route at the same time. The tourists were from another country, and a few of them were oblivious to the fact that others were trying to enjoy the same sights of which they were so taken. With cameras in hand, they chased after birds and anything else that moved.  Fran was so disgusted that she decided that we just needed to go straight to our inn, which we did (after a few wrong turns on roads that didn’t connect)!